In Joyful Wisdom, Friedrich Nietzsche has a mad man running about town asking and proclaiming “Where is God? … I will tell you, we have killed Him, you and I! We are all His murderers! … God is dead! God will remain dead! And we have killed Him!” and says in more statement than question “Must not ourselves become Gods” (Nietzsche, JW 167-8). It is appropriate because not only does he kill God in his own life, but he is also driven mad by syphilis and signs his last letter “the Crucified One,” making his madman seem more prophetic of himself than of the society about which he wrote (Kreeft, Unbelief).

Although he does not become clinically mad till the later stage of his life, it is clear from a number of his writings that madness ran deep in his veins for many years (Hollingdale 25). Some might call it genius, while others just plain madness. The difference from madness and genius might only be a small step apart but still they are separate from one another and should not be confused. A genius is a person who is a master of a particular field and knows the spirit of the rules and the exceptions to the rules, while a mad person thinks the rules are the exceptions and he or she confuses fantasy with a reality.

There is a danger in living in a fantasy such as Nietzsche did. When I speak of fantasy, I do not mean imagination. Imagination by nature is something necessary for a healthy mind: it helps to produce something outside of a person’s self – like a poem or prayer. Where as fantasy turns the individual inward to the ego: it is a delusion and foolery to the self. Dorothy Sayers writes in Mind of the Maker that the “imagination works outward steadily increasing the gap between the visioned and the actual … Few writers of crime-stories become murders – if any do, it is not a result of identifying themselves with their murderous heroes” (Sayers 144), while fantasy to Sayers is the “blurring [of] the boundary between the visioned and the actual … so that the child who has fantasized himself a murderer ends by becoming a Loeb or a Leopole” (Sayers 143-4). Sayers argues that an individual cannot live in the imagination; however, the individual may spend a life time living a fantasy and not know it because their fantasy has become real and has to be played out to the last possible end: insanity. So, imagination is the product of the sane mind and to live always in a fantasy, as did Nietzsche, is the product of the insane mind.

How is it known that Nietzsche in fact was living in fantasy and not merely playing with his imagination? Simply put, when people are playing with their imagination, they know they are using it, and if they are not readily conscience of their using it then it becomes apparent after they have stopped imagining (day dreaming). With fantasy, it is the opposite. The person living in a fantasy does not know he or she is living a fantasy and usually does something drastic to prove that his or her fantasy is the state of the world. David Koresh did not merely imagine himself to be Christ come again; he really believed himself to be Christ in his fantasy. Tolkien did not think himself to be Frodo. As stated earlier, those who are mad think the rules are the exception, and Nietzsche thought himself to be the exception to reality.

Yet, Nietzsche did not have any choice but to play out his fantasy to its absolute end, so his end – regardless of health – would have resulted in the same: insanity. He removed God from his life then followed by the removal of friends and family, the only thing he had left was his mind, which he eventually lost also (Lichtenberger Chapter 1.). His call for radical individualism left him with nothingness and madness, which left him stuck at the crossroads, unable to go down any road for each road had already been traveled, and being, by default, unable to choose left his mind and will useless and frozen. “Madness may be defined as using mental activity so as to reach mental helplessness; and [Nietzsche had] nearly reached it” on his own: it was only his health that finished it for him (Chesterton 43).

Any person who casually reads Nietzsche might find him or herself being both repelled and drawn to his writings simultaneously. On the first level, the reader would be repelled because they know better and can see what Nietzsche is trying to say and may even experience a physiological repulsion at what Nietzsche is saying. On the other hand, the casual reader is drawn to Nietzsche for several reasons. First, he writes with a passion found in few writers since Augustine of Hippo and Pascal. All three writers display a bold honesty in their writings, which speaks not only to the reader’s mind but also to the reader’s heart. Each writer is able to capture the restlessness and wretchedness of the human person; however, Augustine and Pascal find rest and greatness for humanity in God, while Nietzsche is only able to capture the restlessness and wretchedness of the human soul and is unable to find it rest.

A second strength in Nietzsche’s writings is found in not what he says, but how he says it. In this area he is reminiscent of the sirens in Greek mythology from Homer’s Odyssey. The sirens sought to lore boats to crash upon the rocks using their song; like wise, Nietzsche lures his readers into his fantasy by a writing style consisting of strong lyrical prose bordering poetry. The best example of his writing style is found in Thus Spoke Zarathustra, where his character Zarathustra delivers powerful speeches in a poetical form to the public.

Nietzsche’s use of metaphors and images further strengthen his arguments. With the use of images and metaphors it allows, according to Dr. Peter Kreeft, the contemplative imagination to be used. The contemplative imagination is what Kreeft describes an “intuitive understanding;” it allows ideas and thoughts to enter into the mind and heart without being censored; this is one explanation of the power of music, art, and poetry (Kreeft Imagination). That is, the imagination gives meaning before reason.

Moreover, Alasdair MacIntyre argues that the Weberian, Marxist, and Nietzschen “vision of the world cannot be rationally sustained; it disguises and conceals rather than illuminates and it depends for its power on its success at disguise and concealment” (MacIntyre 109). Nietzsche’s writing style can be very dangerous because he hides his arguments well. When each of his strengths are combined it hides his arguments in a way that is not at first noticeable to the casual reader, and tied together with his other natural tendencies of deliberate contradiction and not adhering to any logical form, it can easily leave the reader confused and unsure about much of what Nietzsche says.

One example of many contradictions found in Twilight of the Idols is how Nietzsche addresses reason; he says, “’Reason’ is the cause of our falsification of the evidence of the sense” (Nietzsche TWI 46). Then in the following section he says that scientific-knowledge is to be trusted; however, scientific-knowledge is only trustable because it has been deduced and found reasonable and trustworthy by means of reason. If Nietzsche’s logic is to be followed, science itself is nothing more than the “falsification of the evidence of the sense[s]” and should not be trusted (Nietzsche TWI 46). Still his confusion speaks to the heart and mind and might produce a confused heart and confused mind in the reader, which would leave life nothing more than “sound and fury symbolizing nothing” (Shakespeare 92).

Nietzsche’s biggest weakness lies in his arguments, if what he writes can be called arguments. Leila Haaparanta writes, “Few arguments can be found in Fredrich Nietzsche’s philosophical work” (Haaparanta pg 490). He argues less and makes bold accusations and claims averaging what seems nearly every page. Sadly, it is not certain if Nietzsche’s claims are true or not from his texts, because he fails to support most of his claims with proof. For example, in The Anti-Christ he says, “Wherever the influence of the theologian extends value judgment is stood on its head, the concepts ‘true’ and ‘false’ are necessarily reversed” (Nietzsche AC. 132), while in Twilight of the Idols he claims that the present morality of humanity is not what it has always been. He claims that man was at a time amoral and better for being without morality. However, Nietzsche cannot support either of these claims. He cannot say that truth has been otherwise and that man has been anything other than moral. It is erroneous to speak of the morality of prehistoric society when there is no evidence of prehistoric morality. Sadly, Nietzsche’s arguments are based solely on assumptions, and any elementary logic student knows that an argument based solely on assumption and claims can hardly be called an argument, and the conclusion can only be called an assumption derived from assumptions.

In the end, Nietzsche is more rightly called a composer of claims and not an ethicist. The claims he makes are addressed at the society in which he lived and can reveal a good deal about protestant Germany, and his writings can easily be used more as social commentary than as ethics books and are more of a wakeup call for those who call themselves Christian.

History or the way we perceive history is nothing more than a narrative. Logic, reason or the rational mind as you argue with is a concept of the enlightenment. Nietzsche is not the best narrator, but knows how to write poetic prose. When he speaks of Logic and the falsification of the evidence of the senses, he intuitively knows that our western logic is strictly based on left-hemisphere or visual perception (M. McLuhan). I agree that his attacks on the church did not help him nor opened for discussion, but his historical conclusions and assumptions, especially when he speaks of the political situation in Palestine in the time of Jesus are pretty accurate. BUT, in the end I agree with you that Nietzsche is not an ethicist - he concept of the elevated human being falls short on giving a new perspective - he is great in revealing the history of the church and the falseness and weaknesses in many aspects of the Christian religion. However, to argue about faith and the interpretation of historic facts is road which leads us all to nowhere and for it seems there is no coincidence how he ended himself and lived and worked... God bless you
Ronny 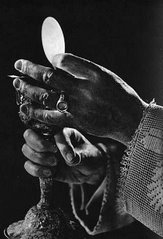 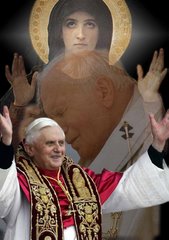 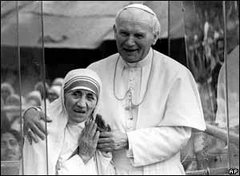 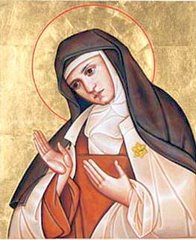 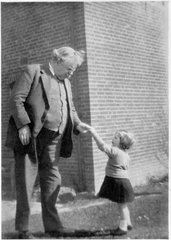 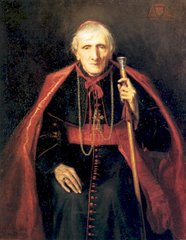